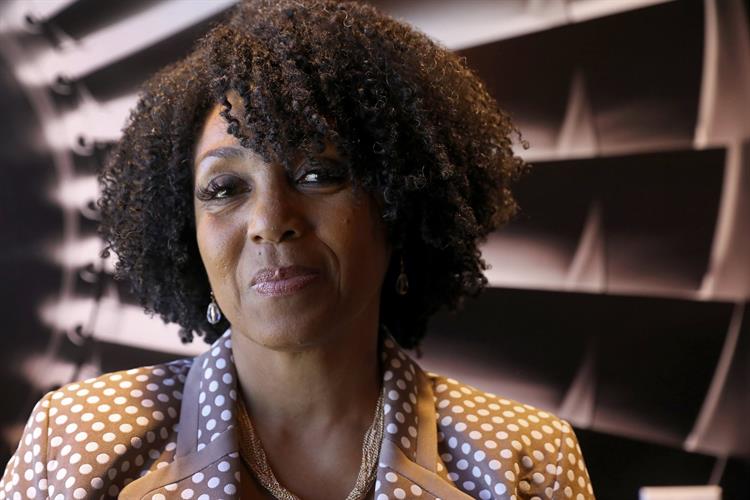 On June 30, 2021, Alexander was appointed unanimously by the Washington State Criminal Justice Training Commission after a nationwide search.  Alexander will now be tasked with training the new generation of “guardians of democracy.”  This changing of the guard is taking place in the midst of a national reckoning about the role of policing in our divided country. Rahr, who personally recruited Alexander, said “Monica is exactly the right person to carry on this challenging work with the passion and courage to get it done.” The Commission agreed and many members went on record lauding her efforts thus far, her passion for the profession, and her focus on relationships which she shared is anchored in “listening first.”

“We are proud and honored to appoint Executive Director Alexander,” said WSCJTC Commission Chair and Chief of Hoquiam Police Department Jeff Myers. “I spend a great deal of time communicating with the executive director as the chair of the commission and feel completely confident in her ability to build relationships, use sound judgement, and move Washington law enforcement forward.”

From the start of her career, she has been a trailblazer. Witnessing the LA riots after the beating of Rodney King by LAPD, Monica Alexander was determined to make a difference in policing. As a flight attendant who had previously held a career as a cosmetologist and hair salon owner, she certainly did not come into law enforcement the traditional way. However, the knowledge and people skills she gained from her respective careers led her smoothy into her new career. She knew there had to be ways to forge authentic, positive connections between the police and the public.

After she made her home in Washington State, Alexander joined the Washington State Patrol as a cadet in 1996. At the time, she was a single mom of a three year-old son, who she credits as her inspiration throughout her groundbreaking career. She became the first African American female to be promoted to the rank of Sergeant, and the only African American female to be promoted to Lieutenant and Captain in the history of WSP. 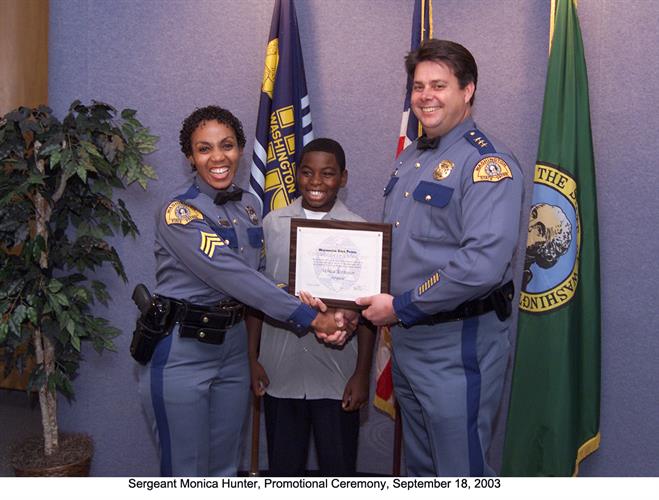 Her accomplishments are extensive. Throughout her time at WSP, she revolutionized communication between the agency and the media. Not only was she a district PIO as a Trooper early in her career, she worked as a traffic reporter for KOMO News from 2000-2006. This resulted in a cultural shift in WSP’s relationship with the public, opening doors for a more engaging and deeper relationship between WSP and the media in a consistent and positive manner.

In 2015, she was chosen by Chief John Batiste to take on the role of Captain of Government and Media Relations, where she developed and maintained positive and influential relationships with state legislators as well as community partners and organizations. In this role of legislative liaison, she worked with Rep. Tina Orwall to pass 2nd Substitute House Bill 1166, which established a Survivor Bill of Rights, requiring law enforcement to undergo specialized trauma informed training and prohibits destruction of rape kits— some of which sat untested for decades. Before this, she worked to pass House Bill 2530 which requires the WSP to create and operate a statewide Sexual Assault Kit Tracking System. In 2019, she worked on a bill that effectively funded a new high-throughput lab in Vancouver, WA, which could clear the backlog in two years and all newly submitted kits in 45 days. 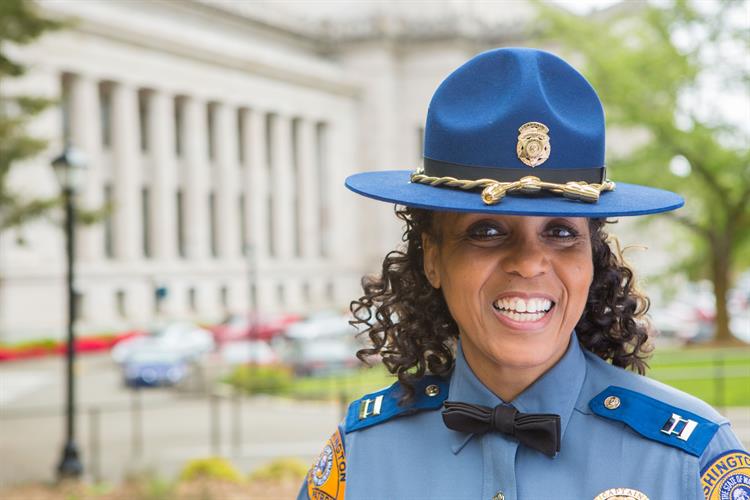 In 2019 she also authored the Missing & Murdered Native American Women Report in response to her work with House Bill 2951 sponsored by Rep. Gina Mosbrucker, which included extensive outreach and engagement with the Native American communities. She was also able to secure two tribal liaison positions within WSP.

At Alexander’s retirement in 2019, a number of state representatives were in attendance, including Representatives Tina Orwall, Gina Mosbrucker, Jake Fey, and John Lovick. Governor Jay Inslee’s Senior Policy Advisor Sonja Hallum also read a personalized letter to Captain Alexander from the Governor, recognizing her trailblazing impact on the state of Washington.

“Today a phenomenal public servant, Capt. Monica Alexander of the Washington State Patrol, is retiring,” wrote Governor Jay Inslee. “Capt. Alexander’s leadership, dedication and service have made our state a better place in so many ways. Thank you and best wishes on a well-deserved retirement.”

After leaving WSP, she joined WSCJTC as Advanced Training Division Program Manager, where she has been dedicated to ensuring officers are trained with an understanding of current social and political issues, including facilitating the development of a comprehensive History of Race and Policing class.

Alexander was also recently on the advisory committee of Governor Jay Inslee’s Task Force on Independent Investigations of Police Use of Force, where she provided feedback on current protocol around use of deadly force by law enforcement.

Her commitment to public engagement and building relationships between police and communities is unmatched, which is why former Executive Director Sue Rahr recommended her for the position.

During the January WSCJTC Commissioner’s Meeting, Rahr officially nominated her for the position, where she received full support from the Commission. Alexander stepped into this role as interim Executive Director in March 2021.

“Monica’s passion for the future of policing and her courage and hard work to carry it forth is beyond commendable”, said Executive Director Rahr. “She is deeply respected by so many communities—legislative, law enforcement, and the public. I couldn’t ask for a better person to carry this great agency into the future.” 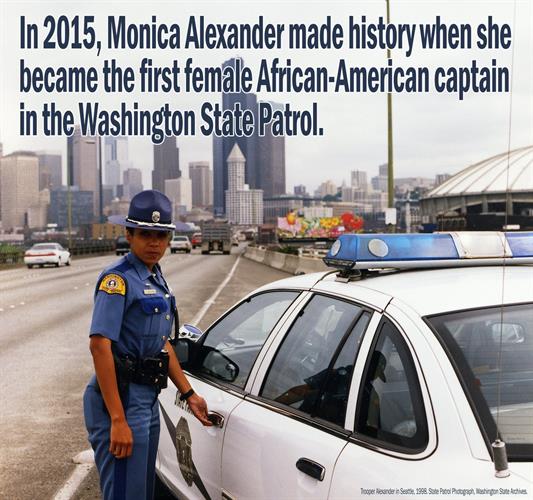